Your car insurer may base 2021 rates on pre-COVID mileage 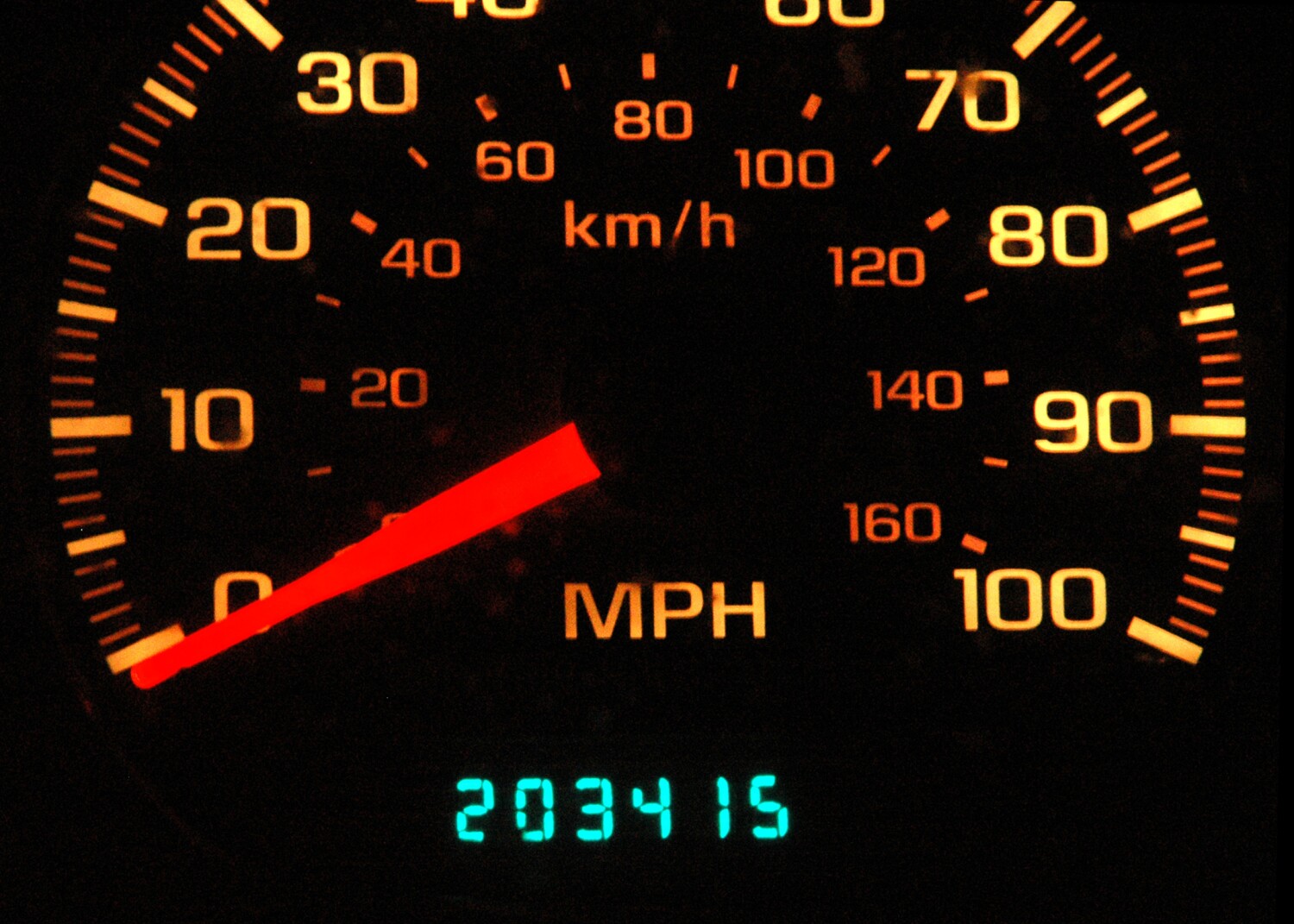 You could say Arthur Krieger, a former detective with the Los Angeles Police Department, is the sort of guy who expects reasonable answers to reasonable questions.

So Krieger, 88, was more than a little nonplussed when he recently contacted his car insurer, Hartford, to ask about the mileage being used for his coverage renewal.

Like many if not most of us, the West L.A. resident is driving a lot less because of the pandemic. Last year around this time, he noticed that Hartford estimated he drives his 2001 Toyota Prius 9,000 miles a year.

“I called them and explained that the car is now driven less than 1,000 miles,” Krieger told me. “They requested that I take a picture of the odometer twice, three months apart.”

He did that and said the insurer promptly lowered his annual mileage estimate to 1,000.

Yet when his latest renewal notice arrived in the mail the other day, it included a mileage estimate of 4,000 miles and a corresponding rate increase.

“I called them once again and complained that this is impossible because we are still in a COVID-19 situation and the car is hardly driven,” Krieger recalled.

“The answer I was given was that in California, and only California, there is an agency that reports to insurance companies the mileage driven by cars.”

Krieger said he asked the Hartford rep for the name of this agency. “He told me they don’t release this information to the public.”

Krieger didn’t find this a particularly satisfactory answer. So he asked me what I could tell him.

There are a few things going on here, not least an insurer playing coy with where it obtains rate-related information and, apparently, ignoring photographic evidence submitted by a policyholder.

First, there’s the matter of insurers using mileage as a factor in setting rates. That’s permitted under California law.

Your insurer can request photos of your odometer to support any mileage estimates. So far so good.

The law says an insurer “may request but shall not require” that you back up any claims with maintenance records or that you install a sensor on your vehicle that automatically tracks all miles driven.

Krieger’s 2001 Prius has no such sensor.

So there we have the relevant agencies. Why an insurance company wouldn’t disclose this, or simply admit that it didn’t have the information at hand, is beyond me.

Telling a policyholder that this info is proprietary, as was the case when Krieger asked, is just bizarre. And wrong.

To be sure, the pandemic has been a challenge for vehicle insurers. They’ve had to throw out years of mileage estimates because many people’s cars remain in the driveway amid a switch to working and schooling from home.

After I wrote about the issue last April, California Insurance Commissioner Ricardo Lara ordered all coverage providers to offer discounts. His office estimates more than $1 billion was returned to California drivers.

A few months later, however, I noted that some insurers appeared to be recouping those discounts by raising premiums. I cited the example of a Sherman Oaks man who received a $77 discount because he’d stopped driving and then got hit with an 11% monthly rate hike.

If Krieger’s experience is anything to go by, some insurers now may be ignoring pandemic mileage estimates submitted by policyholders and using their own figures to justify higher rates.

Krieger’s case is all the more troubling because he jumped through every hoop presented by his insurer and still got smacked with an increase.

After he told Hartford he was driving closer to 1,000 miles because of the pandemic — and backed this up with photographic proof — his 2020 premium was cut in half to $825.

For 2021, he said the insurance company wanted to raise that rate by about a third, to nearly $1,100 — based on the estimate of 4,000 miles that Hartford got from, well, somewhere.

Krieger’s most recent smog check was performed last August. Regardless of what it showed in terms of mileage since his previous test two years earlier, the odometer readings he submitted last year provided more current data.

Moreover, he said he took yet another photo of his odometer and sent it to the insurer a few days ago. It showed he’d driven fewer than 700 miles since last March.

I’m pleased to say that a day after I reached out to Hartford, Krieger told me he received a call from the company.

“They were very apologetic,” he said. “They said it was all an error.”

Krieger said his estimated mileage for 2021 was lowered back down to 1,000 miles and his premium reduced to under $1,000.

Matthew Sturdevant, a Hartford spokesman, said in a statement that “it is common industry practice to use publicly available information provided by a third party.”

“If a customer questions the annual mileage estimate, we work with our customer to get additional details for consideration,” he said.

Whatever else, Krieger’s experience serves as a cautionary tale for all vehicle owners to carefully inspect their renewal notices this year.

Little has changed in terms of stay-at-home requirements and many of us are still using our cars only occasionally.

Make sure your insurance company’s mileage estimate continues to reflect this. And don’t hesitate to challenge any estimate, or rate hike, that seems hinky.

“I wonder how many other people are being affected by higher mileage estimates,” Krieger said. “Over the years, I never paid attention to this sort of thing.”