Clubhouse users spend hours on the app. What’s the appeal? 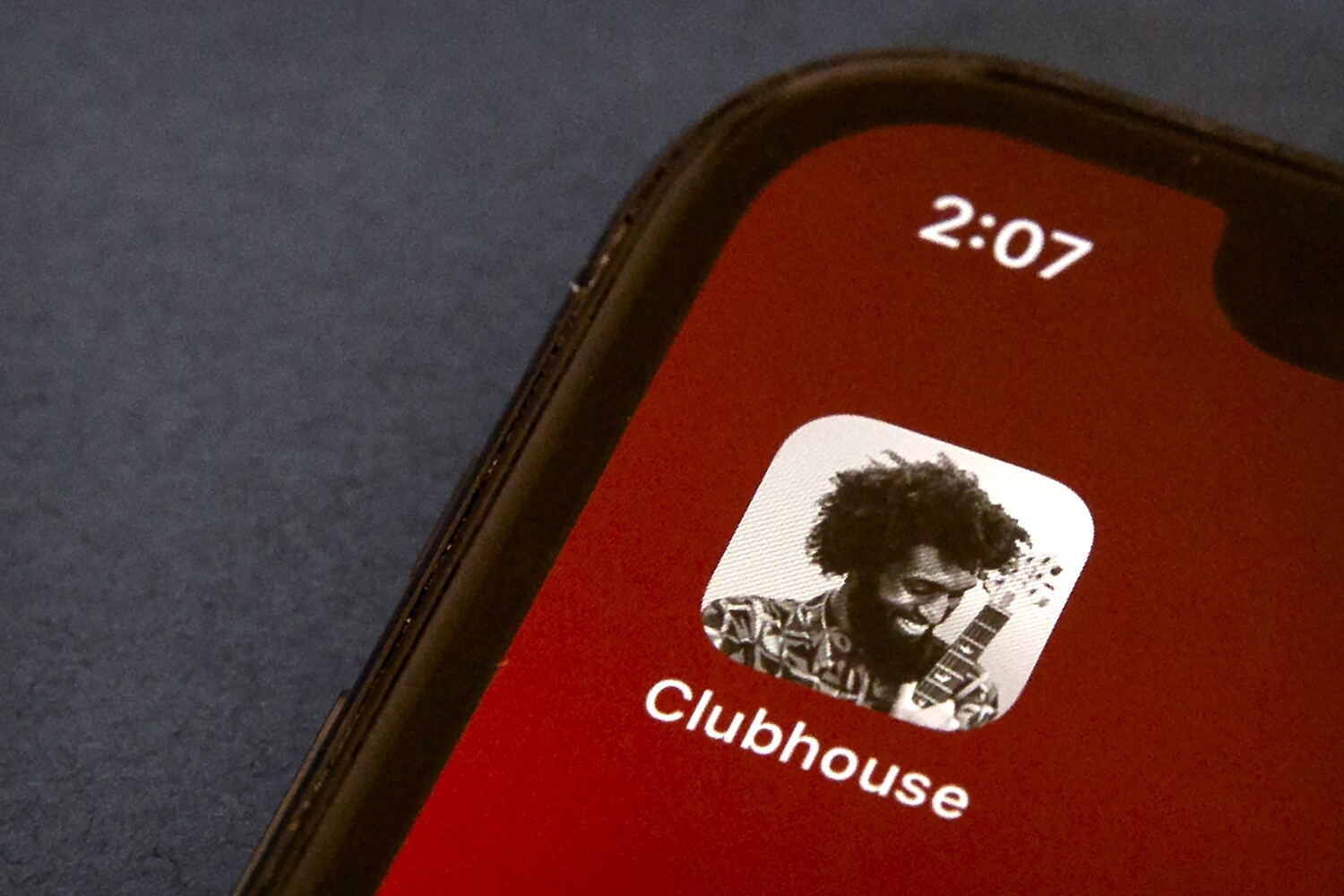 Like most Clubhouse users, Rahaf Harfoush doesn’t make money on the app. But she does help others avoid losing it.

Harfoush, a digital anthropologist and author who lives in Paris, is part of an “anti-grift squad” that helps newcomers to the audio-only interactive streaming platform avoid falling prey to scams.

She and a crew of veteran users dedicate hours each week to running free onboarding sessions for first-time users, and host a weekly room, or session, on the app to document some of the shady practices they see cropping up. Harfoush believes the intimacy of Clubhouse’s format — a cross between a conference panel discussion and a radio call-in show — makes even familiar scams more effective. “We’re naturally more persuadable by hearing somebody talk to us than reading something,” she said.

But it’s the positive side of the app that Harfoush says motivates her and her friends to spend hours each week providing volunteer services to a for-profit, venture capital-funded tech start-up.

Harfoush’s mother, who died in November, would have turned 65 on a recent Saturday in February. A friend she’d made on the app offered to play a song live on Clubhouse as a sort of memorial service, and Harfoush decided to open up the room to any user.

“We ended up having over a thousand people join and listen, and it turned into this really moving tribute and celebration of the life of my mom that I would have never anticipated,” Harfoush said. “Being digitally surrounded on the stage by some really good friends that I’ve made on this app really brought me a lot of peace.”

Despite being invitation-only, Clubhouse has exploded into the mainstream in recent months. After launching last summer as a preserve of the Silicon Valley elite, the app slowly swelled to the size of a small town by the fall. By Thanksgiving, Clubhouse was transforming into a modest city of 100,000 users, roughly the size of Burbank. Before New Year’s, it hit a million. As of last weekend, it’s larger than L.A. County, with over 10 million users.

Many have been drawn by simple curiosity, or the promise of hopping into a room with a favorite celebrity. Some are chasing fame and exposure to the growing crowd. Others are there because it’s their job to figure out what’s going on in the social tech world. For the most part, only the most popular performers are making money on the app, by soliciting tips from fans via payment apps.

And then there are those scammers.

The grifts run the gamut from the most basic — persuading people to pay for invitations to the app, or to join a room or a club — to multi-phase chicanery.

Users claiming to be business experts have run pitch rooms, Harfoush said, where they invite hopeful entrepreneurs to outline their dreams for a new business on stage, and then go register related domain names with the intent of selling them back to the hopefuls at a markup. Fake literary agents promise aspiring authors that they’ll edit their manuscripts and connect them with publishers, for an upfront fee.

Other users claiming to be music producers invite aspiring beatmakers to present their tracks live for critique, and then simply steal the tracks as their own. And motivational speakers are using Clubhouse as a new venue to convince anyone that they can learn how to become a millionaire — if only they pay thousands of dollars for an exclusive executive coaching seminar. Audience plants, fake time limits and other hard-sell tactics abound.

The anti-grift squad makes a point of not naming bad actors in their weekly sessions, in part to avoid another risk that’s emerged as Clubhouse has grown: harassment and retaliation. Users with significant follower bases can coordinate mass blockings and reportings of users who accuse them of wrongdoing (or whom they simply dislike), which can result in temporary suspension. Clubhouse declined to comment for this article.

Minh Do, a Los Angeles entrepreneur and anti-grift squad member, said that he spends hours each week on community efforts because of how Clubhouse has enriched his daily life during the pandemic. He hasn’t missed a day on Clubhouse since he first joined in July, though his usage has dwindled from its early peak of six to seven hours a day.

When users decided to stage a live performance of the musical “The Lion King” in December, Do decided to audition on a lark. He wound up cast as Timon and has gone on, with a crew of collaborators, to produce the first original show on Clubhouse about Clubhouse: “Once Upon a Clubhouse.”

“Voice acting was something I always wanted to try,” Do said. As the app has changed, he’s noticed its role in his life shifting as well. At first, when the small early user base clustered in just a handful of rooms, it was a place to meet new people and talk about new ideas. Then, when enough people joined to populate a room on any topic, he began to pursue his long-standing interests, founding clubs focused on philosophy, meditation and Asian issues. Now that the app has become a world unto itself, Do said, “I can explore parts of myself that I haven’t fully gotten to explore.”

Some users have ridden the early 2021 surge to new heights of homegrown Clubhouse celebrity.

Bomani X joined the app last July as a young musician and digital strategist looking to kill time during the lockdowns in Los Angeles. He started experimenting with music on the app, strumming his guitar in the background of conversations, and then launched the Cotton Club, a weekly DJ room on the app. Along the way, he helped popularize a culture of tipping artists or speakers over payment apps, which fueled the growth of the music scene, and co-created the production of “The Lion King” in which Do acted.

In December, in the midst of the user boom, Clubhouse chose X as the face of the app (the company changes its app icon each month to the profile photo of a featured user). He hit 1 million followers by January, and 3 million just a few weeks after that.

“It can get weird,” X said of his fame. “I’m definitely not a celebrity in real life, but Clubhouse has a celebrity culture on the app.”

Clubhouse rooms are divided into a virtual speaker’s stage and an audience: The room’s creators can pick and choose whom to allow up on stage to speak. Now whenever X goes up on stage, 3 million users get a notification to join the room.

X appreciates his newfound power, which he recently used to help promote a fundraiser that raised $75,000 in four hours for people afflicted by the power outages and cold in Texas. But the effect can transform intimate conversations into thousand-person events in seconds. “I feel bad ruining the vibe” in those contexts, X said, and he’s cut down on his casual use of the app as a result.

Justin Kan, who joined early as a tech insider — he co-founded the video game livestreaming company Twitch, then sold it to Amazon in 2014 for $970 million — has used Clubhouse as a sandbox to spitball new ideas.

When he started using the app regularly in early January, he and a friend, Andrew Lee, decided to try out a game show format to get rid of Lee’s extra Instant Pot. A listener who answered a trivia question won the electronic pressure cooker, and the I AM WOW $ Show (an acronym for the International Assn. of Members Who Only Win Money) was born.

Less than two months later, Kan’s weekly room is the first sponsored game show on Clubhouse. The payment processing service Cash App agreed to provide the prize money, and Kan estimates that contestants have won more than $10,000 so far.

Clubhouse “is very similar to Twitch,” Kan said, and like his former company, is fostering a new form of creator, in this case one who thrives in the audio-only format. “There’s new talent that gets created in this kind of environment, and that’s kind of fascinating.”

Like Kan, Baratunde Thurston entered the fray only once the user base had broadened this year. As a longtime speaker, consultant and comedian in the tech world, he received an early invite and signed up to claim his name but didn’t spend much time on the app.

“It was very VC dominant, Bay Area tech stuff,” Thurston said. “I was like, ‘Do I need to listen to venture capitalists talking about race in America? Probably not.’”

Once he saw more friends piling in at the beginning of the year, however, he decided it was time to jump in. Now he hosts multiple rooms each week, and is warming up to the infinite audio landscape.

“It’s like a super conference, because it can host any panel, any fireside, any performance on any subject,” Thurston said. He’s found himself tuning in to the Black Billionaire Crypto Club and cited a popular room called Bearded Black Men Reading to You Before Bed, which is precisely what it sounds like, as an exemplar of the kind of creativity that the app rewards.

“As someone who’s spoken at a lot of conferences, including like Surf Summit 2013, it turns out that everybody kind of wants their own,” Thurston said. “Will people from every type of community in the world want to gather simultaneously to discuss something? I think yes.”

And as a frequent early adopter and public panel host, Thurston advises moderators to practice moderation. “I try to keep my rooms to two hours, two and a half hours,” Thurston said. “I can’t do these six-hour rooms or 24-hour rooms — I don’t have that much to prove, and I need to eat, and talk to my wife.”